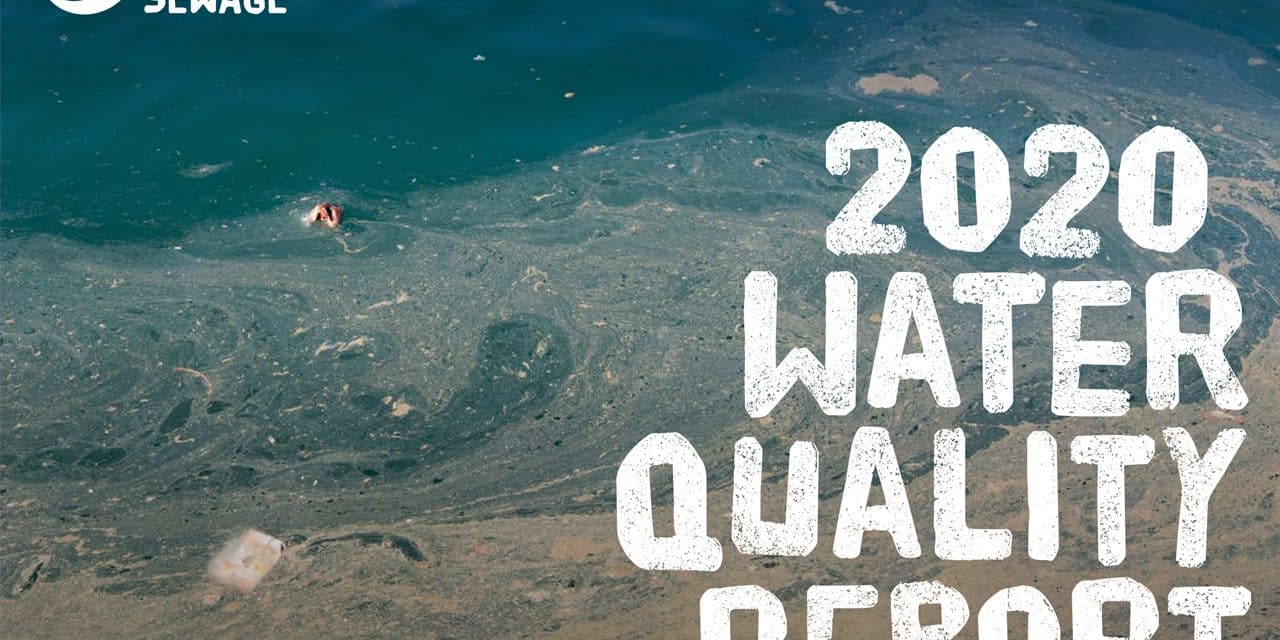 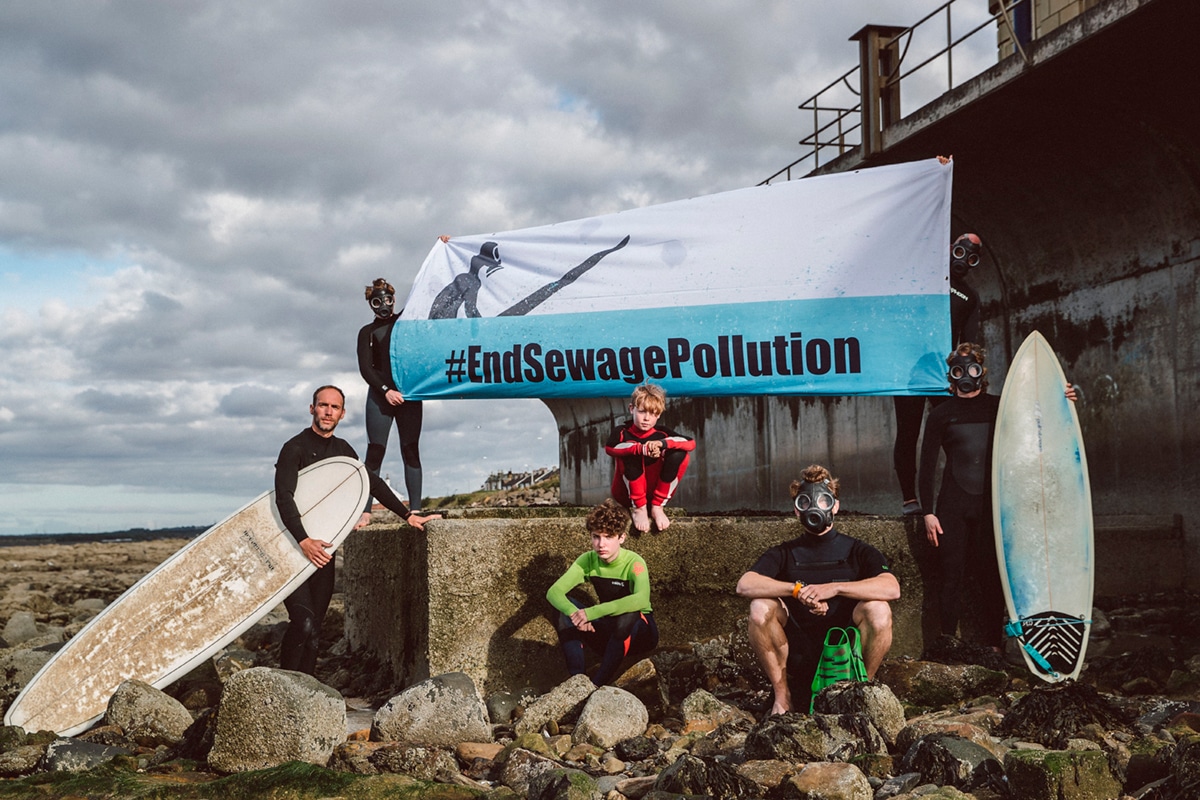 The Water Quality Report reveals that water companies were responsible for almost 3,000 raw sewage pollution incidents into bathing waters in England and Wales from licensed Combined Sewer Overflows from 1st October 2019 to 30th September 2020, impacting some of the most popular beaches in the country. The report showcases 153 health reports submitted to SAS by water users after falling ill from using the water. Reports included cases of gastroenteritis; ear, nose and throat infections; eye infections and in some cases, long-term health effects. Research by the European Centre for Environment &amp; Human Health has also found that water users have three times the level of antimicrobial resistant bacteria in their gut, highlighting that regular bathers are exposing themselves to bacteria which has become resistant to even the most clinically effective antibiotics. The state of UK water quality is therefore putting water users at an ever increasing risk.

Surfers Against Sewage tracks these discharges with real-time data obtained from water companies and provides pollution alerts from regulators for over 370 beaches through the Safer Seas Service app. Analysis from this reveals that 70% of sewage pollution notifications were issued outside the official Bathing Season. Campaigners are calling for all water companies to provide year-round, real- time sewage discharge notifications to protect the burgeoning perennial swimming, surfing and water sports community. 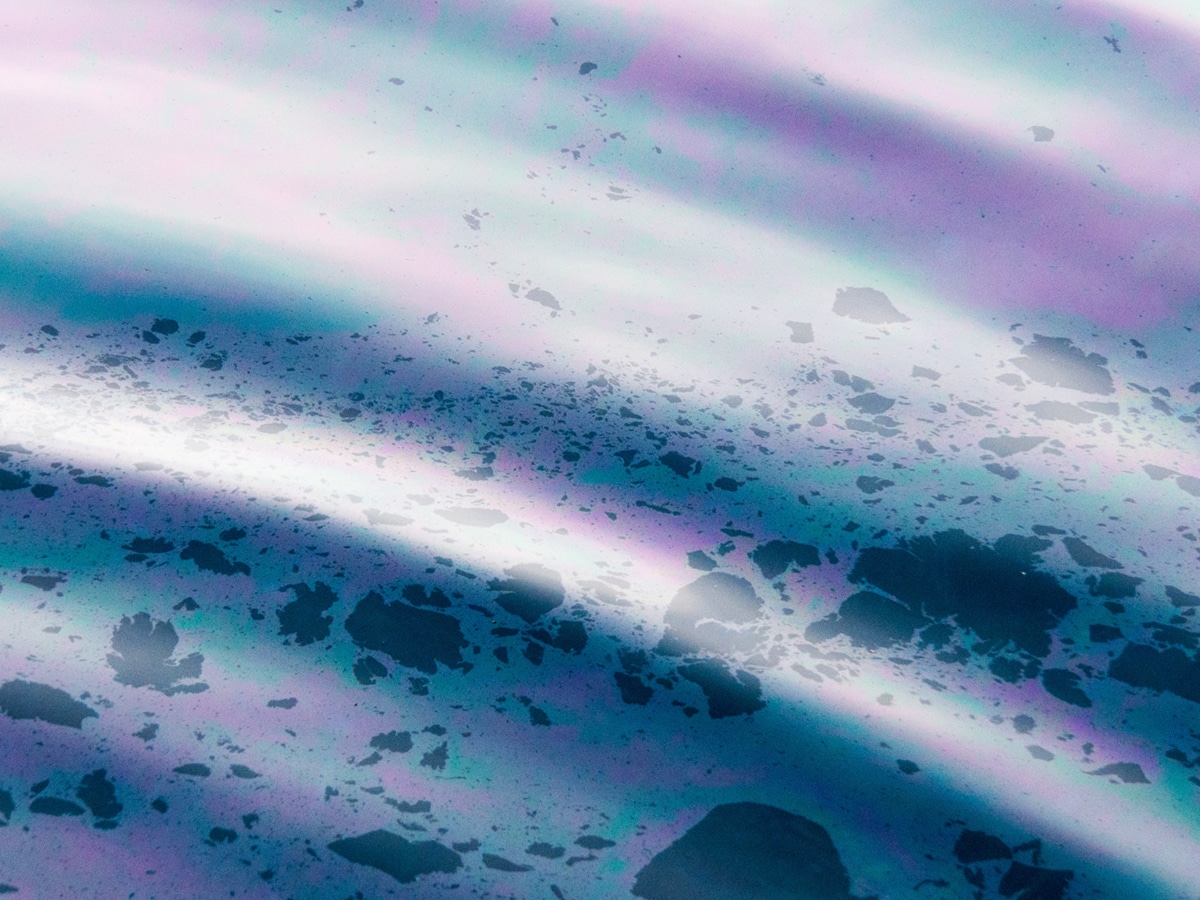 Etienne Stott, London 2012 Canoe Slalom gold medallist, commented: “As a canoeist, being on the water is a huge part of my life, and like many people, I see rivers and the ocean as precious beyond measure. It’s hugely concerning to read the report and see just how much sewage is being pumped into our waterways, and it’s even more concerning to see that these leaks are going unreported. I’m absolutely committed to this campaign for greater environmental awareness and transparency when it comes to our waters, as everybody should have the chance to safely enjoy the great outdoors”.

Hugo Tagholm, Chief Executive of Surfers Against Sewage, says: “Keeping water users safe from illness due to poor water quality in rivers and the ocean is core to Surfers Against Sewage’s DNA. Polluted waters kickstarted the organisation into action 30 years ago and is an issue that worryingly continues to affect water users today. Everybody should be able to enjoy our oceans and rivers safely, however this report shows that water companies are using these like sewers and consistently putting profit before protecting the planet. This is not only detrimental to our natural environment but it’s putting our health at risk, and this feels particularly horrifying in a year where we are all battling the COVID19 pandemic, a virus that is being tracked through sewage works.” 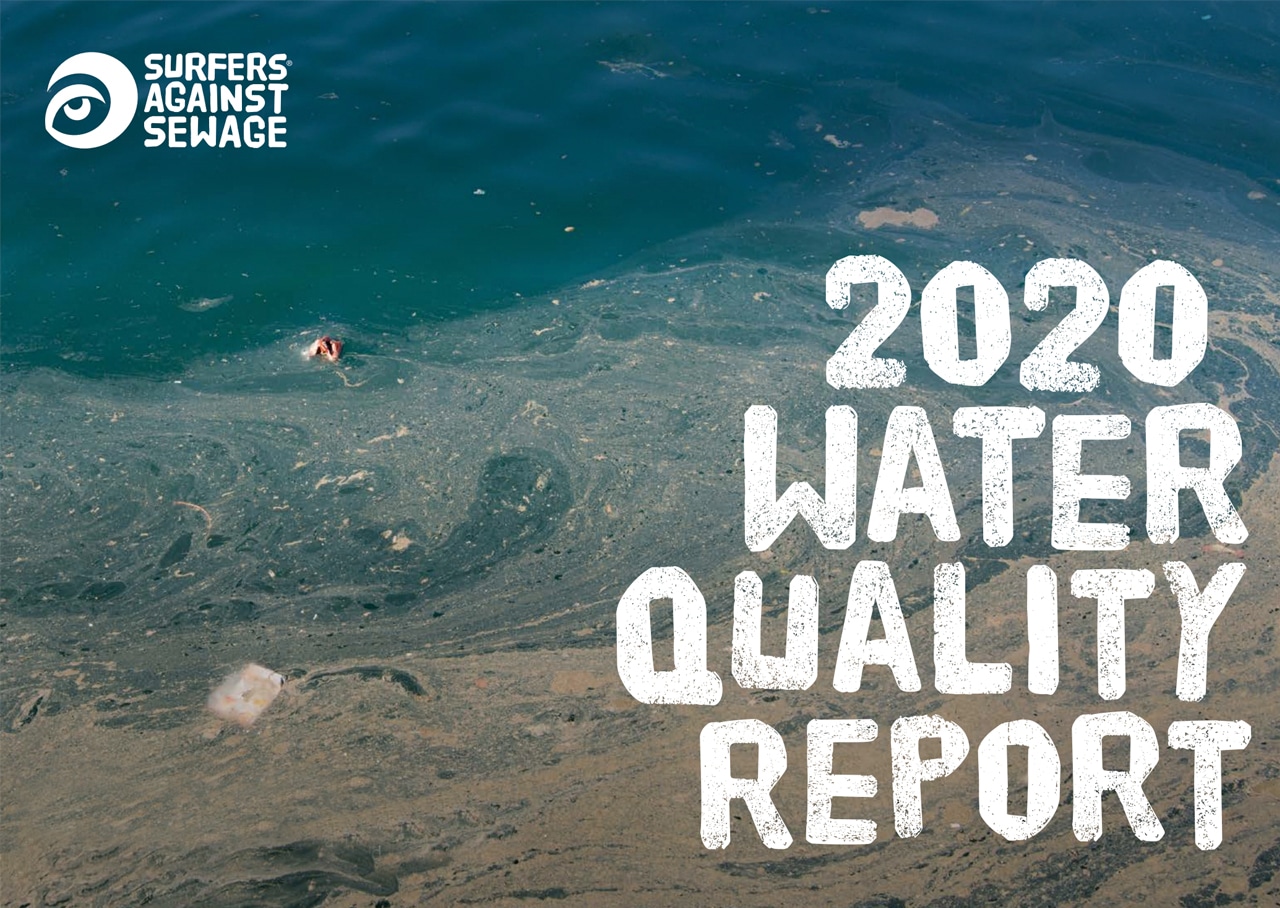 • In addition to sewage discharge notifications, a further 2,642 pollution risk warnings were issued by regulators, indicating coastal pollution from agriculture and urban environments, and a potential risk to public health.

• Despite some water quality progress over the last 30 years, the UK still ranks a woeful 25th out of 30 European countries for Bathing Water quality. Almost 35% of Bathing Waters still need some form of improvement to be elevated to the “excellent” standard.Campaigners are calling for:

• World-leading water quality legislation with an Environment Bill that exceeds EU water quality standards as well as sewage legislation setting ambitious and legally binding targets to end untreated sewage discharge in all Bathing Waters by 2030. We also need legislation that holds the same standards for both inland and coastal waters

• Nature-based solutions to sewage pollution with increased investment and associated targets for the restoration of natural habitats to reduce pressure on the water systems and help prevent sewer overflows, whilst increasing biodiversity and tackling climate change • Investment from water companies in sewerage infrastructure to eventually end the use of emergency sewage overflows 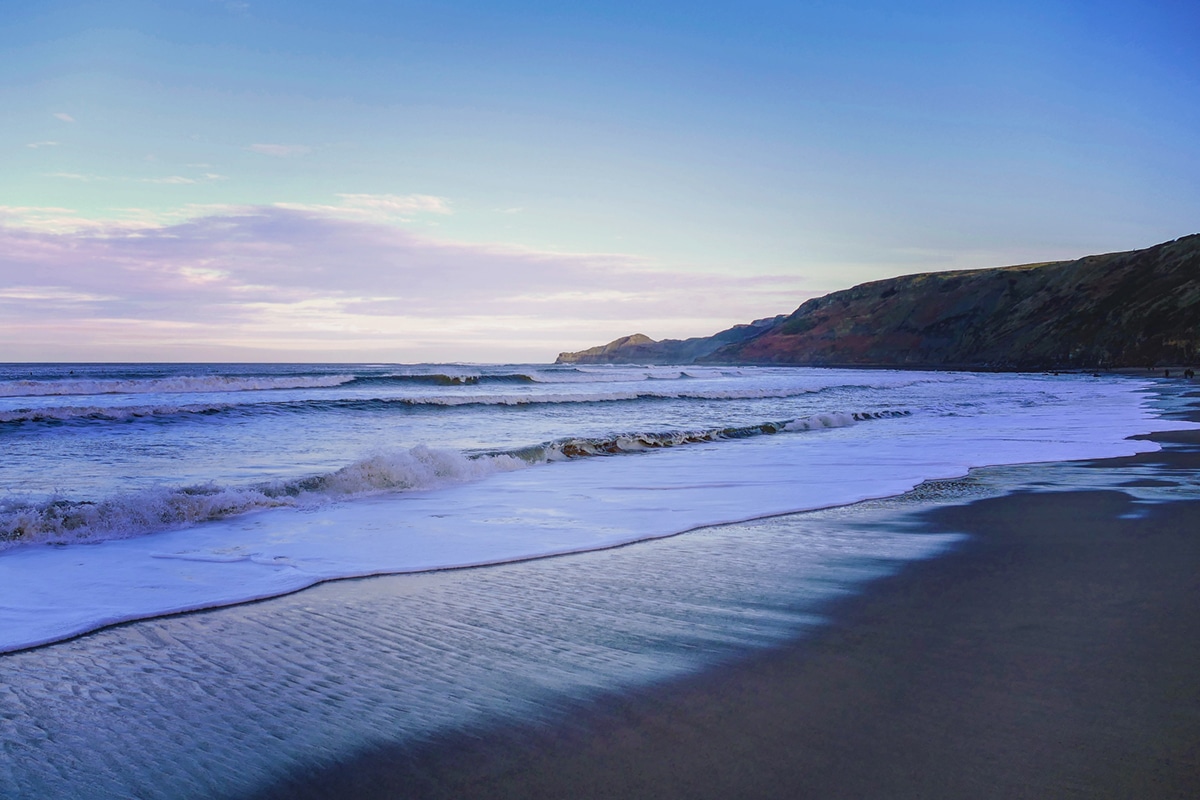 Campaigners will hand in the #EndSewagePollution petition to Secretary of State for the Environment, George Eustice MP, digitally on Tuesday 10th November. The petition represents tens of thousands of voices and cross-sector organisations backed by millions including the Rivers Trust, Outdoor Swimming Society, British Canoeing and the Wildlife & Countryside Link.

The Sewage (Inland Waters) Bill, which was set for its 2nd reading in the House of Commons on 13th November, has now been pushed back to January 15th 2021 due to the national lockdown. Proposed by the chair of the Environmental Audit Committee Philip Dunne MP, the Bill seeks to provide a much needed and essential framework for water industry reform to end sewage pollution, restore England’s rivers and protect water users. Having supported the drafting of the Bill, The #EndSewagePollution coalition is encouraging the public to contact their local MP to support the Bill ahead of the debate.

Lewis Pugh, UN Patron of the Oceans, who wrote the foreword to the Water Quality Report – and who himself became ill after swimming the full length of the River Thames in 2006 – says: “As an endurance swimmer and the UN Patron of the Oceans, this journey has taken me all over the world, from the icy waters of the poles to glacial lakes high in the Himalayas and to many of the world’s great rivers. However, I’ve only swum down four rivers, and for good reason. On each occasion, I became violently sick due to pollution. Two of these rivers were in the UK.”

To find out more about Surfers Against Sewage and the #EndSewagePollution coalition and to take action visit: sas.org.uk