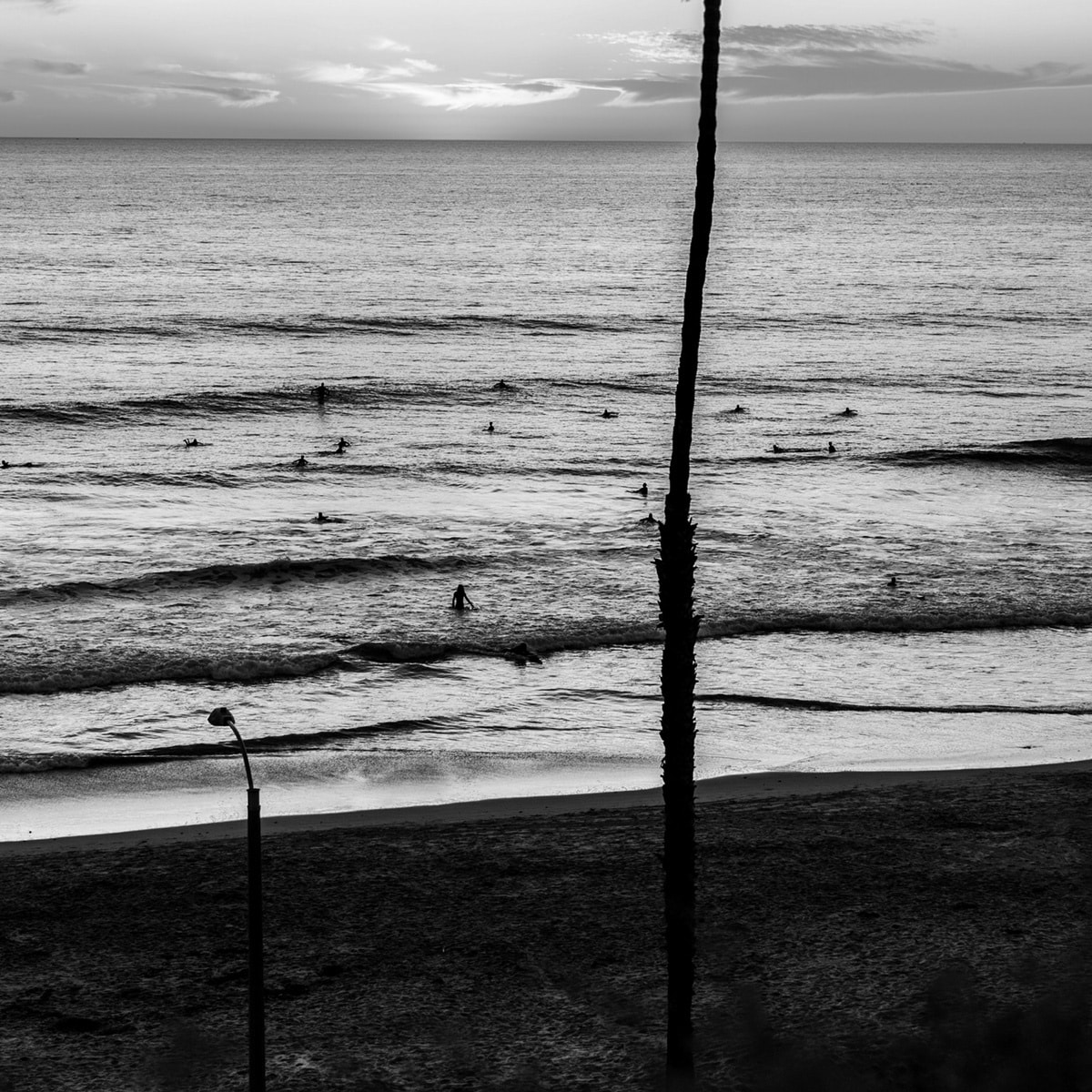 Patrick was inspired to write this entertaining short story by two separate podcast interviews he listened to, one with Layne Beachley and the other was with Sophie Hellyer. It’s the story of a young girl growing up and proving her naysayers wrong in a male dominated world.

She wanted to surf all the time – the froth was real.
So it came as a shock when the Pres of her local boardriders club rejected her request to join.

“Look darl, you can obviously surf but you’ll be a distraction for the boys”.

Mick explained then motioned with a tip of his head to the boys on the club house terrace.

Four groms were wrestling outside, laughing manically each time someone got hurt or thrown to the floor. Evie knew the boys from school, she competed against them in other sports and gave as good as she got. She knew it’d be the same for surfing so why the hell was she being punished for their lack of discipline!

Dragging her feet on her walk home Mick’s words echoed in her mind. Incensed she thought of all the responses she should’ve had for MIck – that prick. ‘Mick the Prick’ she thought and it brought a smile back to her face. And at that point of relaxed clarity her mindset changed. She knew her capabilities and wasn’t going to let one person dictate her future. She was gonna get better than the boys, get better than all boys! Screw them she thought and laughed out loud.

Evie surfed more than ever after that. She surfed her local break three or four times a day on the weekends, her parents weren’t water people but supportive of her nonetheless. In those early days she made a point of surfing near the boardrider competition zones to show them that she matched their progress. But over time that didn’t satisfy her anymore, she no longer saw them as competitors, they were inferior; slackers who had some natural ability but no dedication. This was evident in their teenage years as the boys were partying and drinking more than they were surfing. 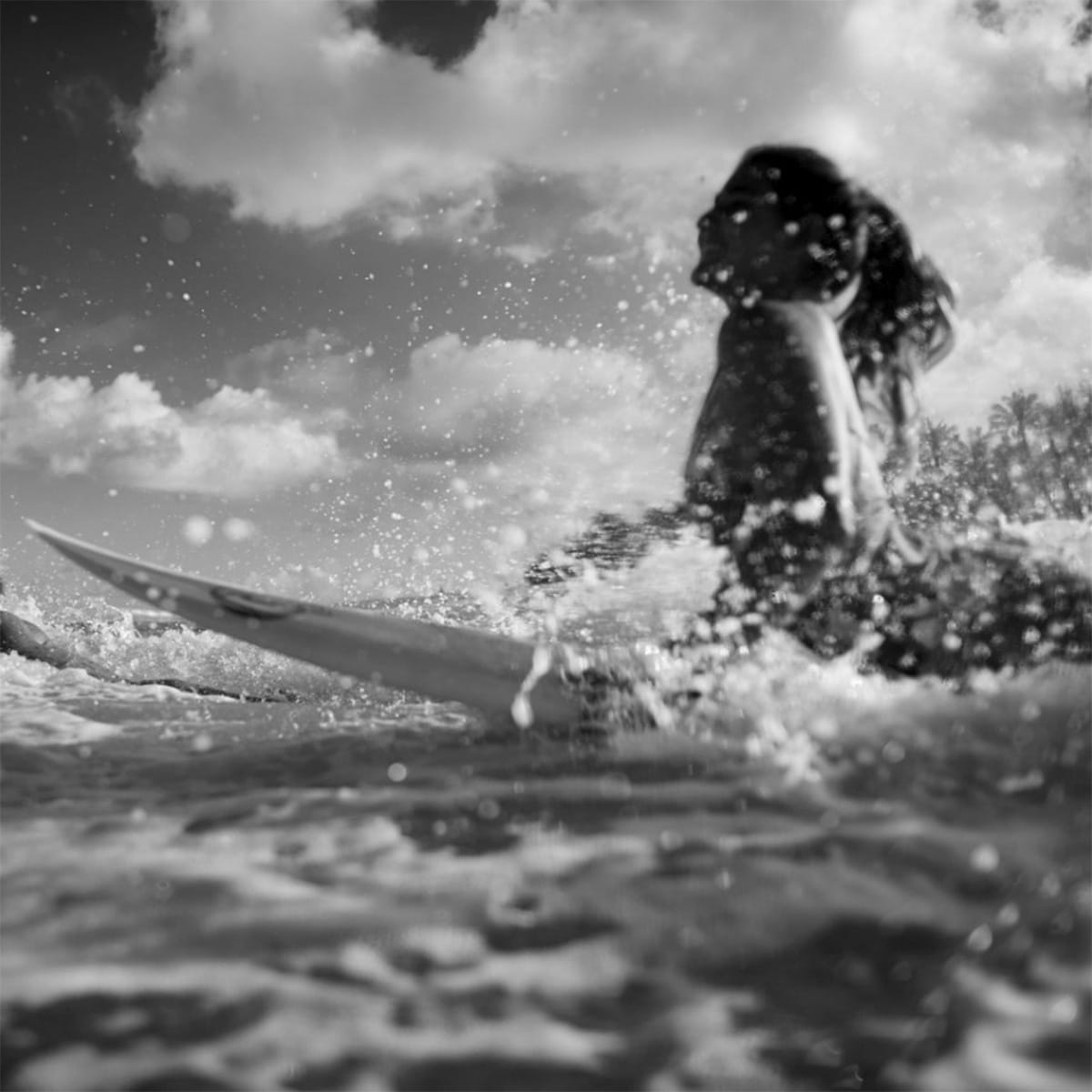 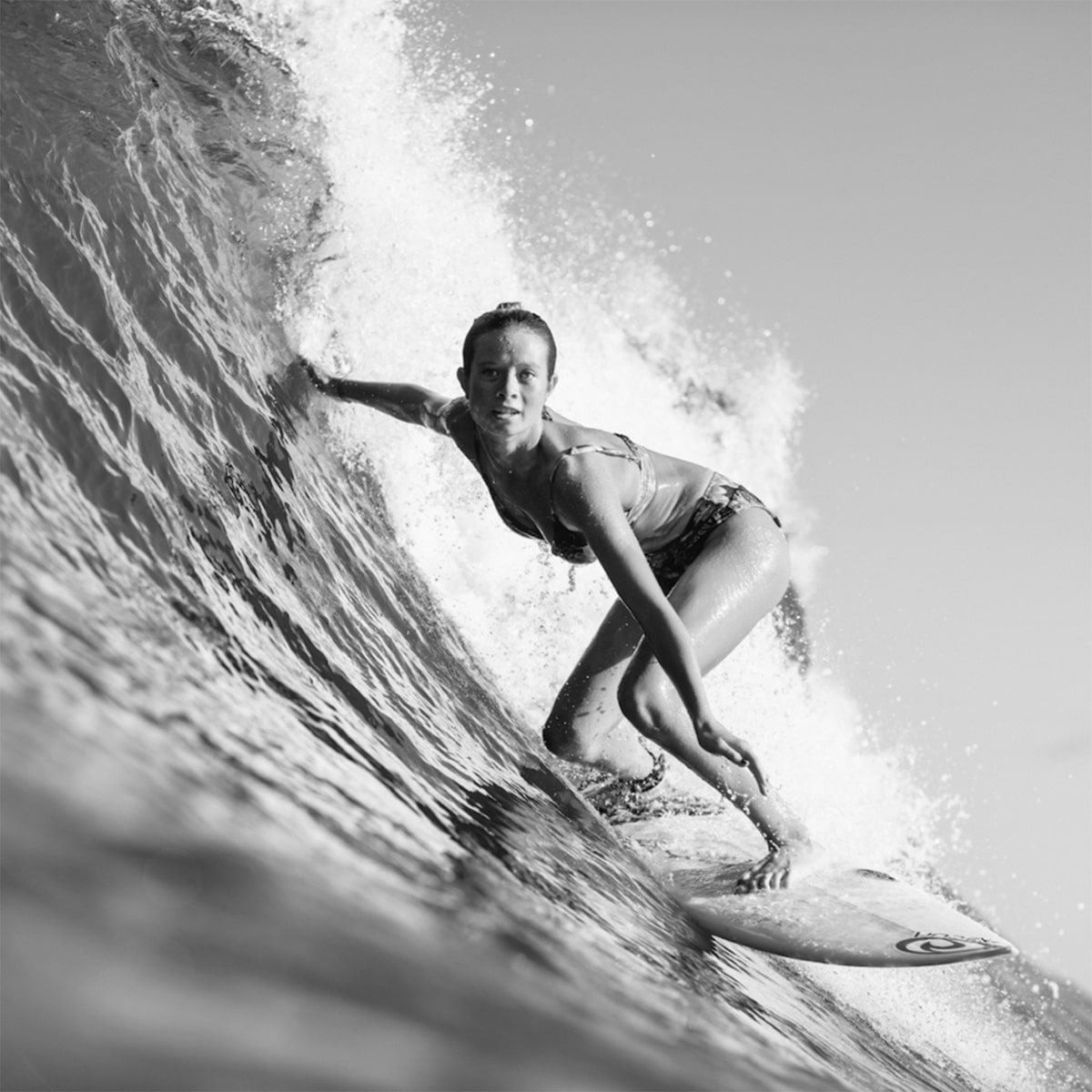 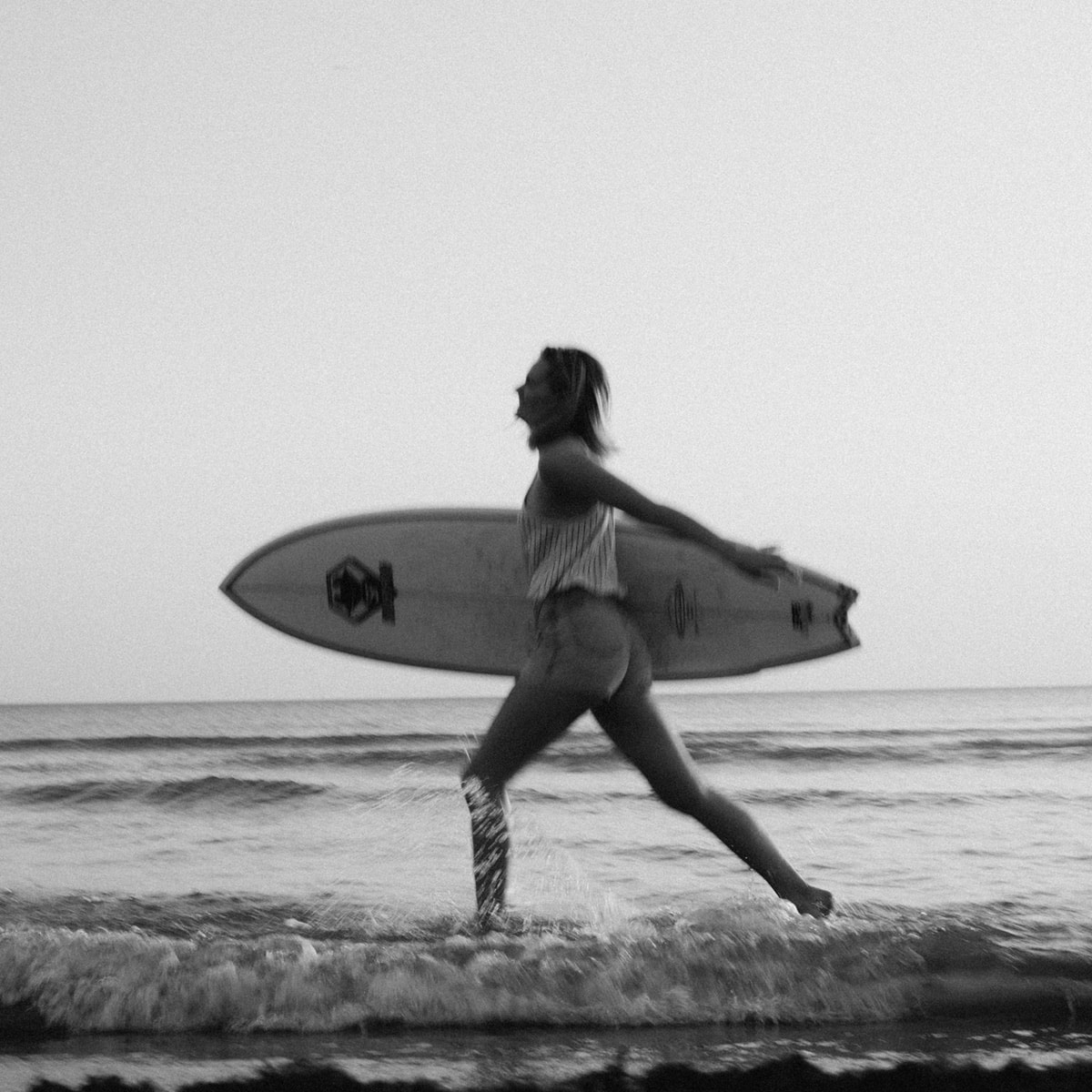 Evie had chosen a different path, she was teetotal and she ate and drank healthily copying the behaviours that her surfing idols demonstrated on their social media. And it wasn’t long before her progress was noticed in the lineups and at seventeen she was picked up by sponsors. She was now surfing for a living and this only helped to fuel her ambitions. Mick’s team of groms had all had talks with sponsors over the years but nothing came to fruition, their archaic attitudes worried them.

Evie travelled to faraway destinations, surfed world class breaks she’d only seen in edits or magazines and competed on the QS. She got to surf with her idols and it was clear early on that she would have made a comfortable living as a free surfer but that competitive fire was still burning inside of her, so much so that she had made the dream tour just before her twentieth birthday.

Many years later after an illustrious career Evie found herself sat in the lineup at Pe’ahi for an invitational all women event. Big wave surfing didn’t appeal to her so much, the risk versus reward was a difficult one for her to match up, especially as she got older.

However she saw it as a personal test, a metaphysical milestone that would connect her to the ocean in a way she’d never experienced previously. She’d also recently won her fifth CT and valued the chance it gave her to shine some more attention on women’s surfing. Her celebrity gave the event a wider appeal because her fame had surpassed the world of surfing.

The first heat was a blur, Evie scratched around on the shoulder and managed to snag two decent rides from ‘smaller’ waves but had to bail at the end of both waves and took a reasonable flogging both times. Once through to the next round though she started to become more insync with the rhythms of the ocean, she positioned herself better and made better decisions than her counterparts – who were all experienced big wave surfers. They paddled into beasts that won them accolades from the commentators for commitment but none of them seemed to be ‘riding’ waves. And riding waves Evie did with aplomb, she started to offer a masterclass in surfing the notorious spot.

Dropping into multiple bombs she fell from the sky and controlled her landings, legs like finely tuned shock absorbers, pushing off the bottom with style to race back up the face. Like a horse wrangler controlling a newly broke in mustang, she didn’t need to do much but what she did was only accentuated by the waves’ power. 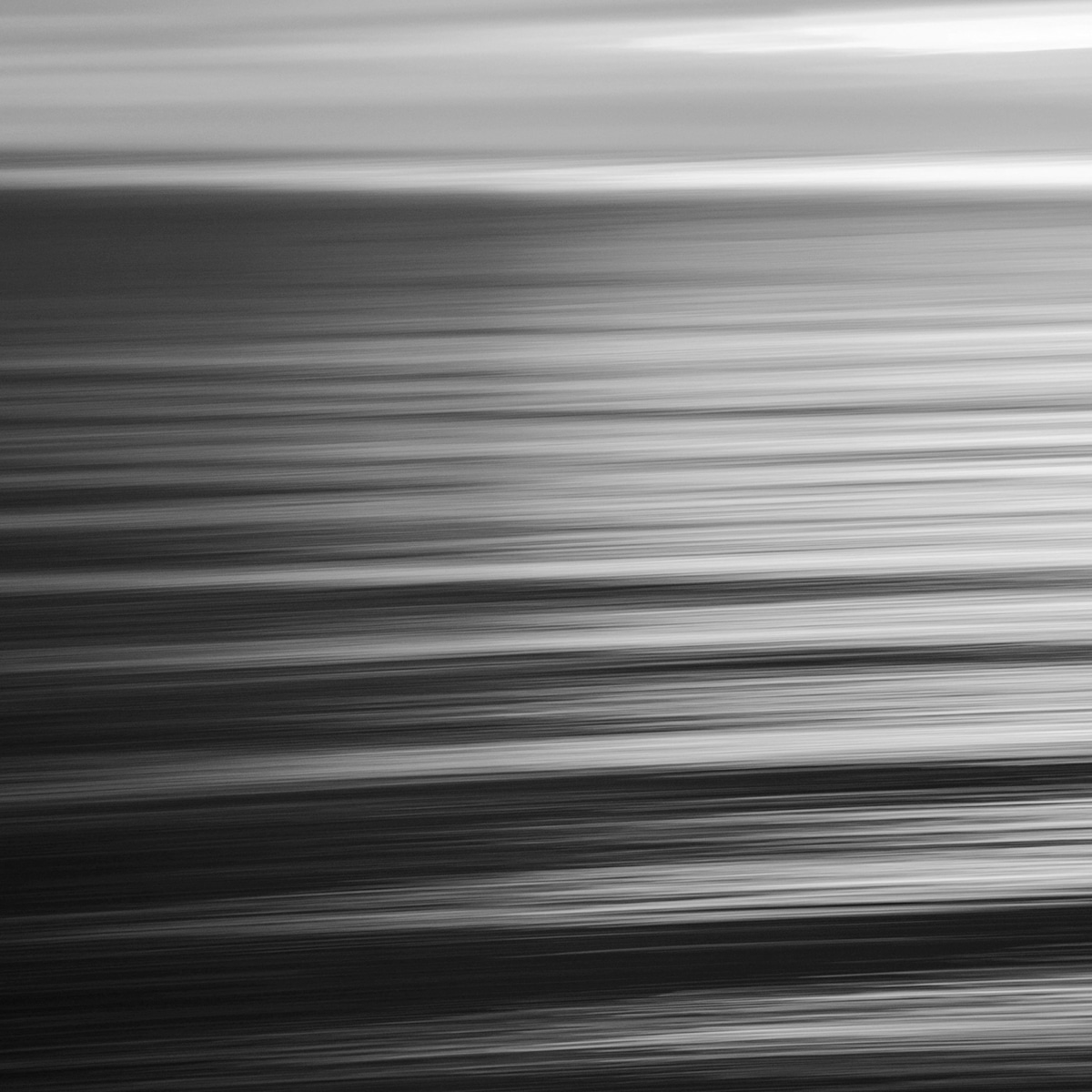 She didn’t hear the hoots and hollers from the channel, her focus was all encompassing. Her opponent in the final never stood a chance as Evie continued to weave her way out of barrels and work the twenty foot faces on these monsters. Once back on land her adrenalin wore off and then the most immense swelling of tiredness and hunger kicked in, her stomach cramped until she ate just before she took a seat in a plastic chair atop the cliff edge to partake in an interview for the competition organisers.

Feeling grateful and reflective her smiling face was beamed around the world on the live stream. Sat in a pub back home where she grew up were four middle aged men sat around a table looking up at the screens that were dotted through the bar. The punters cheered when her face appeared – a local girl done good, bloody good!

The interviewer asked her how she felt about the win but also her past achievements too. She listed off the multiple World titles, the awards, the film edits that were renown.
Evie’s response was humble, she thanked the people that had helped her along the way, her support network and then she thanked her parents for raising her walking distance from the beach back home.

The punters in the pub back home cheered again. A surfing legend from their hometown, they were immensely proud.

An old man sat on a barstool back arched over elbows leaning against the bar. He nursed a beer whilst keeping an eye on the screen.

The interviewer went more profound, “but most importantly Evie what about the way you’ve managed to bridge that gap between men and women in the sport?”

Evie paused and looked into the camera.

“I want girls to know that if they are learning the sport, wherever they are, that they have as much a right to learn and develop as the boys do. And if anyone tells them otherwise then use that as motivation to prove them wrong – like I have!”

One of the middle aged blokes called over to the elderly man at the bar.

“Looks like we could’ve used a distraction after-all hey Mick?”

His mates laughed and Mick lifted his eyebrows and nodded his head sombrely.