Mbarr Rekk (Only the Waves) 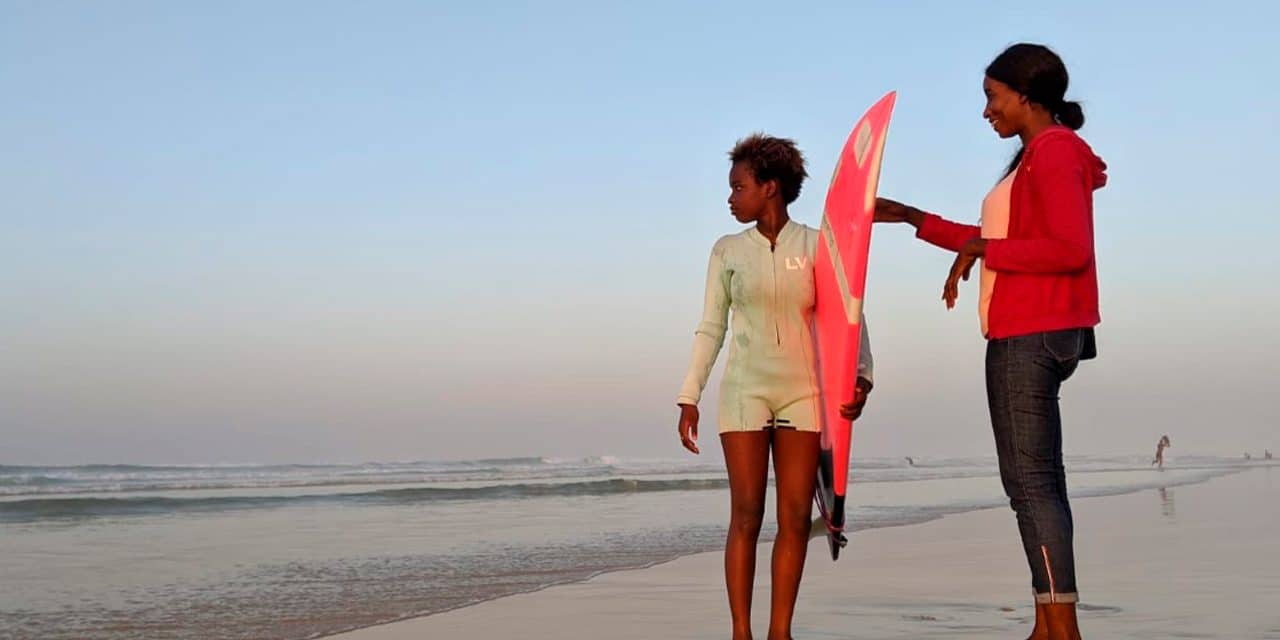 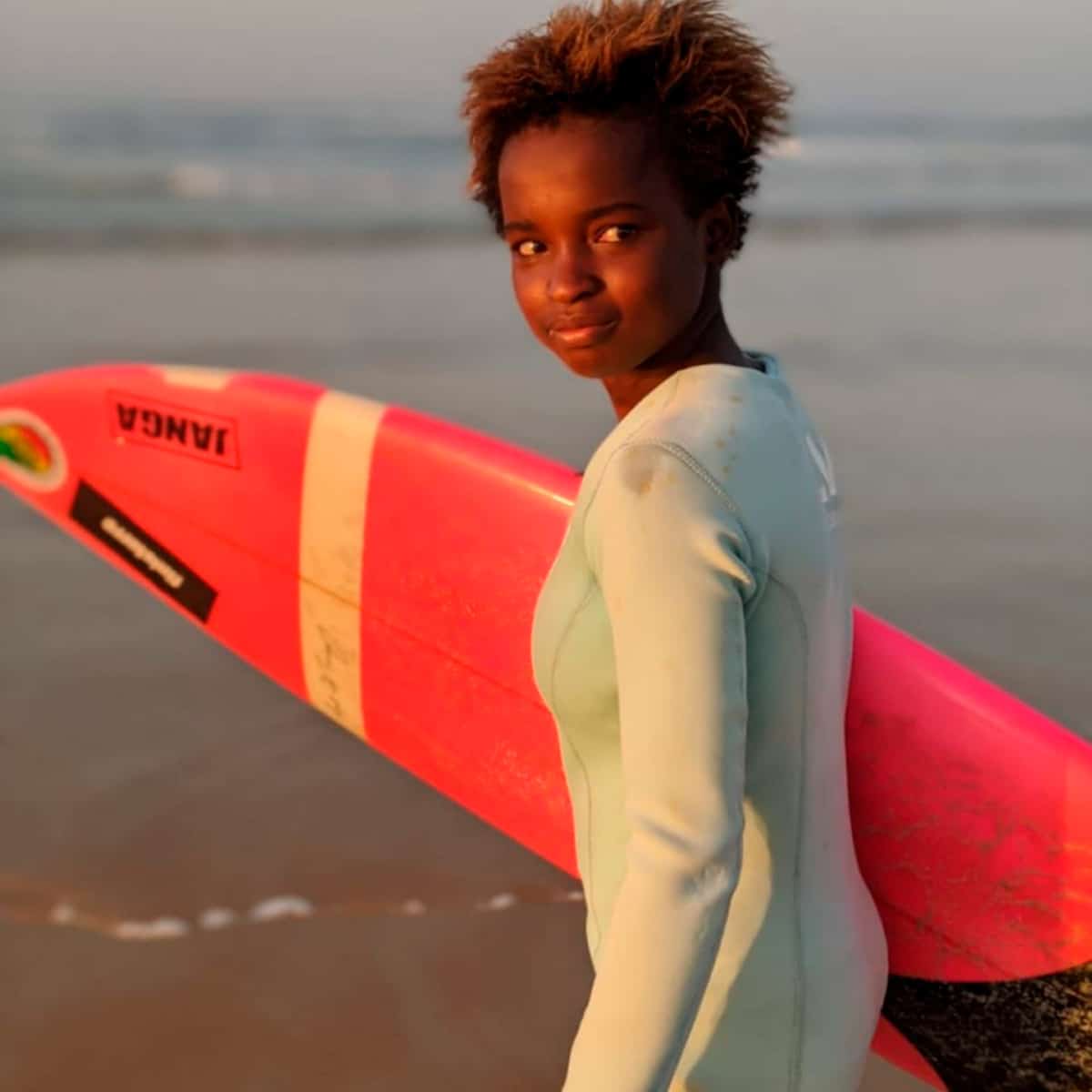 I caught sight of Aita as I sat in the line-up at Senegal’s ‘Secret Spot’ – a not-so-secret reef break that serves up perfect, if short, left and right-handers. Her hot pink board and eye-catching red Janga wetsuit, along with her committed paddling and determined face, made her easily recognisable. As she headed out of the water after ripping up a nice set wave, I followed suit and sat down with her for lunch and a chat. However, this was no unplanned meet-up. Aita’s mum, Kadia, had been in contact with me via Instagram for over six months. Through a series of emojis and voice-note exchanges – Kadia can’t read or write confidently – we built up a relationship, and she proudly told me all about her daughter Aita and her journey into competitive surfing. When I told her I was returning to Senegal, she suggested we meet up. A swell was forecast to arrive, so she told me I’d find Aita at Secret, where she was training that day. Modest, and unused to media attention, Aita takes a while to warm up to me. We sit munching omelette baguettes and watching the other local surfers shred the fast, head-high waves that are peeling right in front of us. She points out a few of her friends who train alongside her as part of the Senegalese youth surf squad, smiling as one of them makes a bold attempt at an air. The café owner wanders past and informs me that this is Issa, who started surfing on old pieces of wood as his grandma worked nearby, and he’s now one of Senegal’s most promising groms. On this note, we turn to Aita’s own journey into the world of surf…

One of the first things she tells me is: “J’adore le surf”- I love surfing – and this remains the driving force behind her pursuit of waves. Unlike many groms in the USA, or France, who might be encouraged by their parents from a young age to start training for surf comps, Aita was entirely self-motivated by her love of the sport from the very beginning. She lives at Yoff Beach, and it was along its miles of sand that she spent hours as a young girl watching surfers in the waves, while her mum worked at her beach restaurant selling grilled fish. At nine years old, she tells me, she’d had enough of just watching. With her mum’s help, she approached Marta, an Italian woman who runs Malika Surf Camp at Yoff, to ask if she could give it a go. Now, at fourteen, Aita has been surfing for five years and has begun training with the youth team and entering competitions as the first under 18s girl in Senegal. “My dream is to go pro,” she says proudly. An excited look lights up her face as she informs me that last week she was awarded a young surfer scholarship from the International Surfing Association (ISA), along with four other Senegalese boys. This will help remove some of the financial obstacles in the way of her taking surfing to the next level. It is clear Aita is serious about surfing, which helps her face the never-ending scepticism and criticism she is subject to. For many Senegalese people, especially those who subscribe to more traditional views about gender, a young woman surfing competitively seems ridiculous. Aita tells me that whenever she is asked why she keeps surfing, she repeats, “because I love it”. 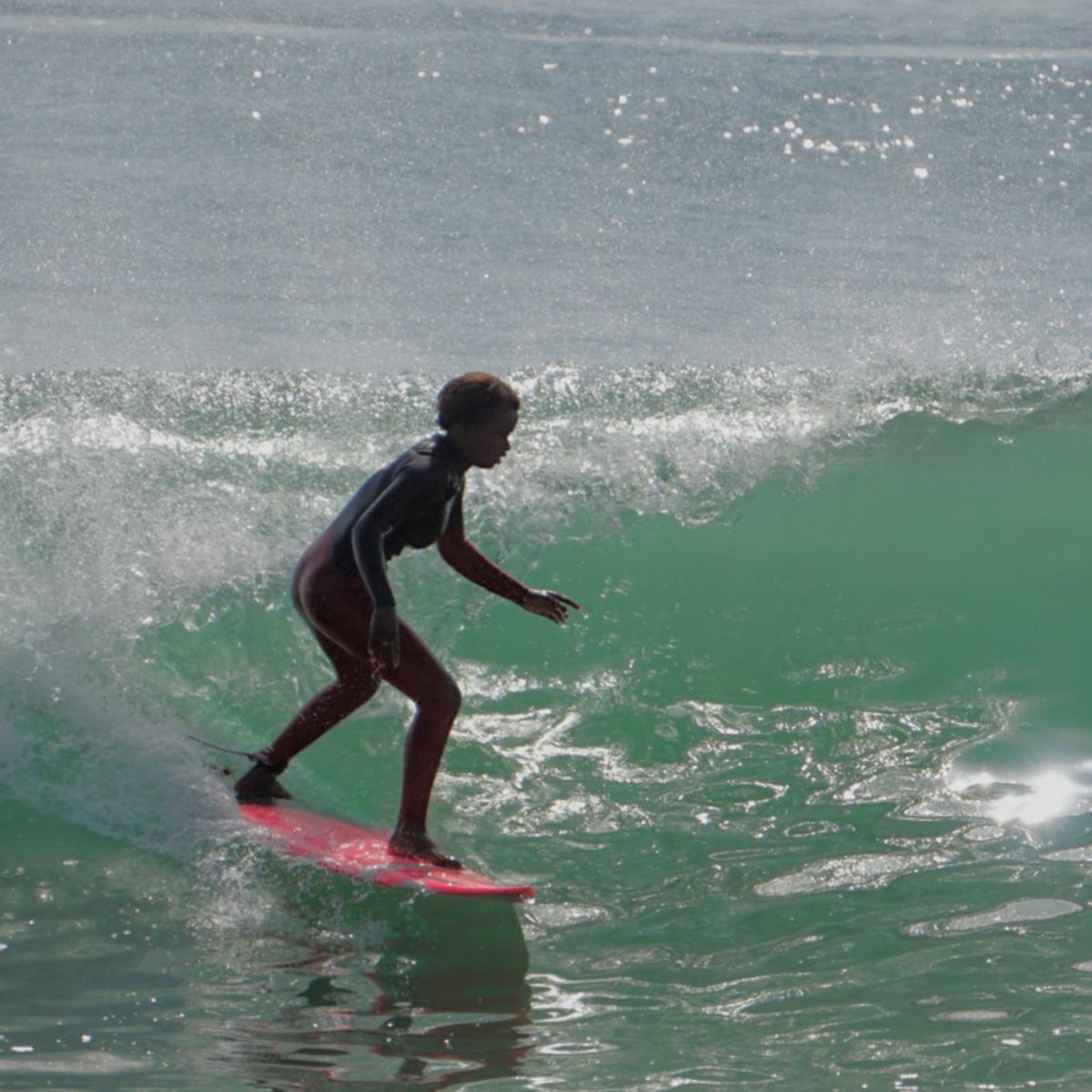 Aita is an inspiration to local girl surfers and her presence in the water has encouraged other girls to try surfing at Yoff.

When I ask her why, she pauses and stares at the sea for a while. “Because, when I’m surfing, I think of the waves. Only the waves.” (Mbarr rekk in Wolof, the local language). Unlike many kids, who don’t appreciate education, Aita likes school, as she believes that learning French and other subjects will help her to advance in the competitive surfing world. Here in Senegal, most people use Wolof as their day-to-day language, and for many it is only at school that they learn French – the ‘official’ language of Senegal, the language of academia, politics, law and business. As she progresses through school and begins to surf different breaks around Dakar, her dream of going pro is starting to feel within reach. The recent growth of the Senegalese surf scene only increases her chances. She remembers watching the first WSL QS competition last year, held at a break just around the corner from Secret, and explains how seeing the other pros fuelled her desire to train harder and get better. As well as exploring new waves around Senegal (such as Ouakam, a hollow, fast reef break, which is her new favourite), she wants to travel to France to surf the world-class beach breaks. We come to the classic question: ‘“Who inspires you?” “Cherif,” she answers, pointing out the number one Senegalese surfer, Cherif Fall, who just landed a sick air right in front of us. She hopes to be able to pull similar manoeuvres one day. Already, Aita is an inspiration to local girl surfers and her presence in the water has encouraged other girls to try surfing at Yoff. Although Aita notes that, “there are a lot of boys who surf,” she doesn’t seem to be put off by this fact. She is well respected and known in the Senegalese surf scene, and her mum (who I finally met for tea on the beach later that day) is incredibly proud of her daughter and encourages her pursuit of surfing. Aita’s understated manner reflects her calm focus, and it is obvious that she isn’t doing this for the limelight – she just loves to surf, and is getting better day-by-day.

This article has appeared in print SurfGirl issue 70. 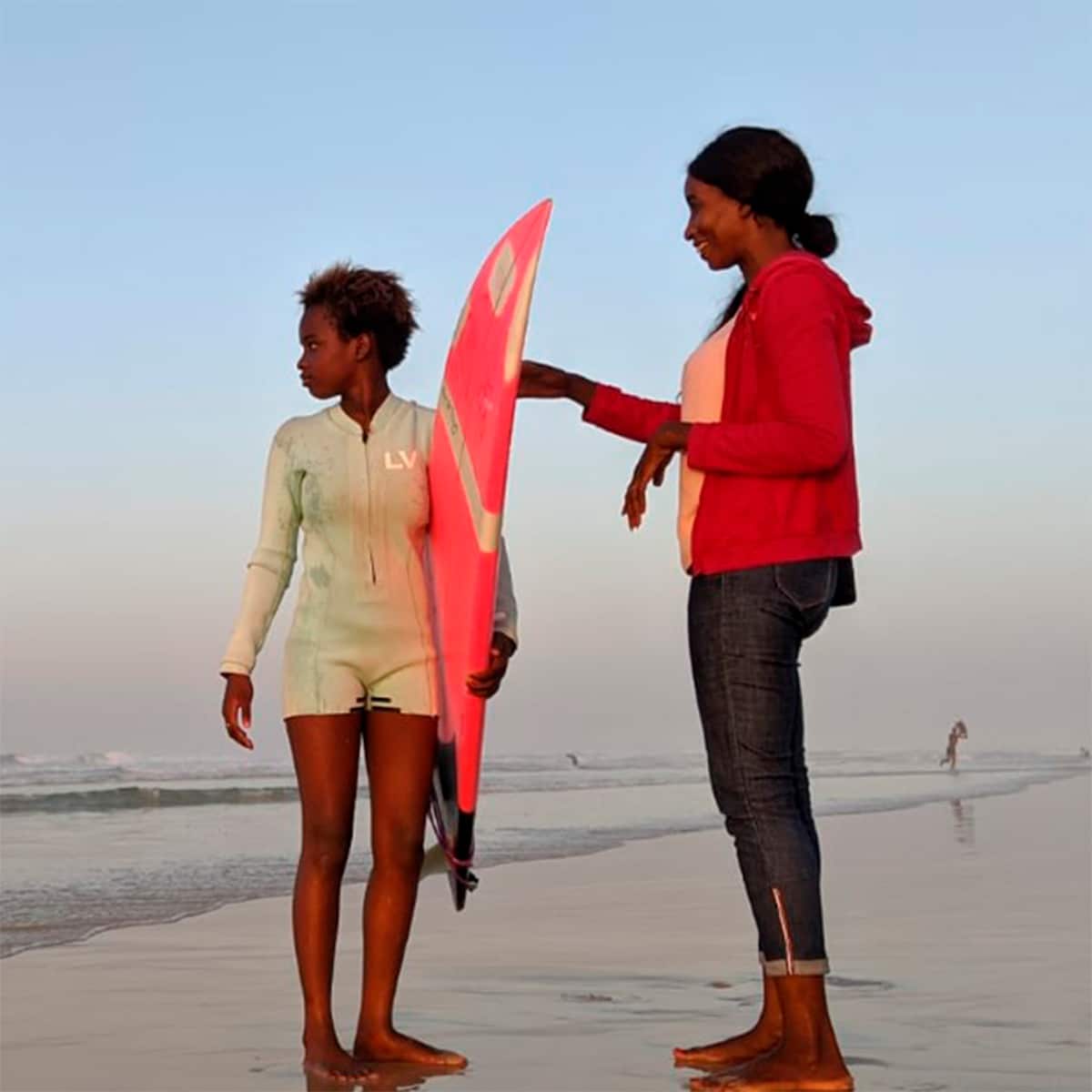